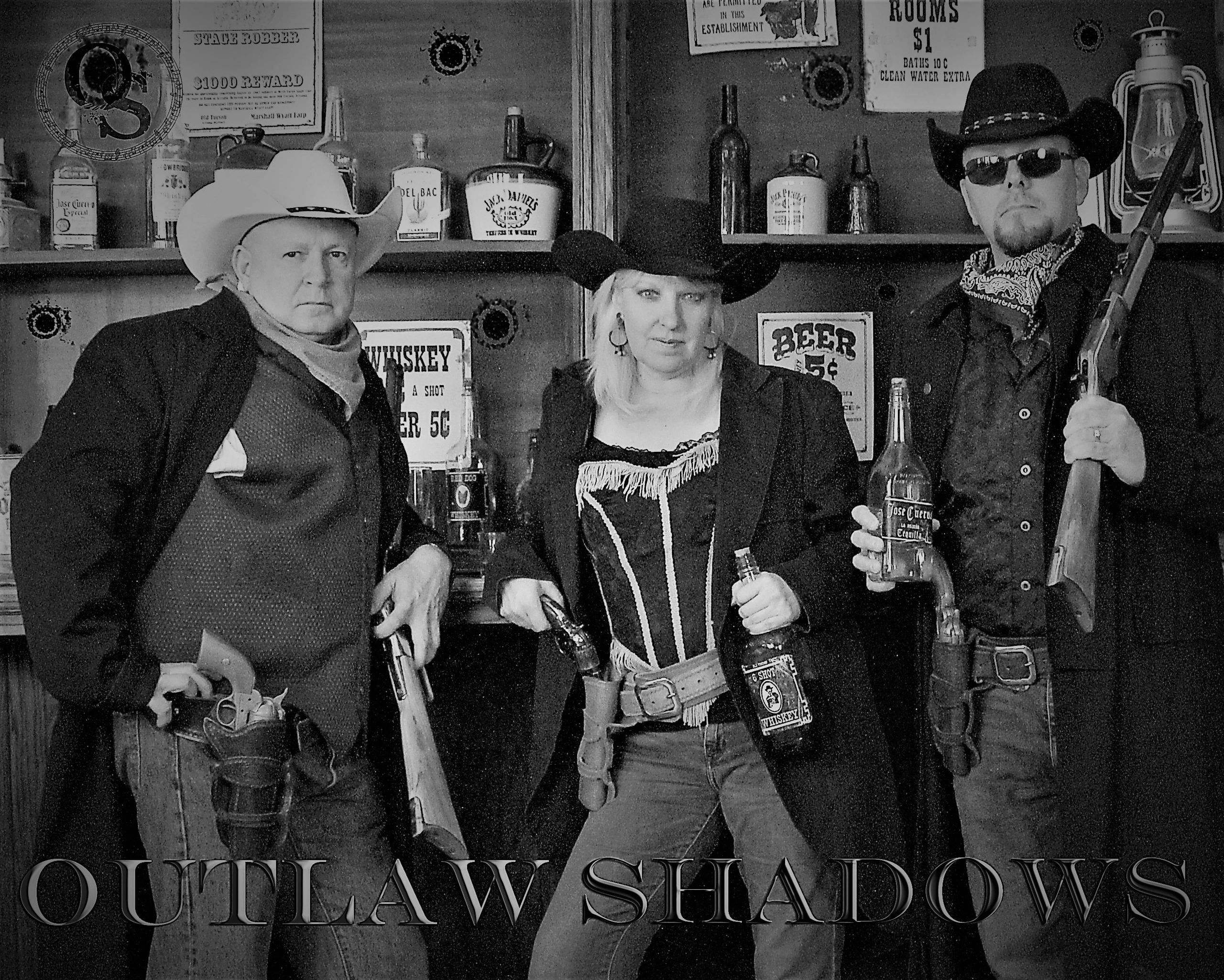 "Stay" Video from our new Road Less Traveled Album - Hope you love it!

Art from the Heart

Outlaw Shadows is Mike, Roxanne and Terry,  from Phoenix, Arizona.

Michael Pool & Roxanne Eck have worked together for over 12 years as a song writing team and have written numerous songs together.   Both have been working in music most of their lives and continue to have a strong passion for music.  Terry joined the group a few years ago after several years of playing guitar in a band while stationed at the US Army base, Ft. Huachuca, AZ.


Mike and Roxanne both grew up in Southern Arizona, Mike played in various bands in his teenage years and later 20s.  One of his bands released three songs all of which received radio play in the United States and Europe.   One of those songs earned him a nomination for Indie Duo Group of the Year from the European Golden Music Awards.


Roxanne worked in Los Angeles in several projects, recording in several of the top studios in LA and also worked with established musicians and recording engineers.  She studied vocals under some of the top vocal coaches such as Lisa Popeil and Seth Riggs.  After moving back to Arizona she was introduced to Mike by a mutual friend and they began work on thier first project together.


The team continues to write and record, and hope to play a part in bringing the craft back into the art of musical inspiration and touching of the human spirit!

Roxanne watching levels and getting the sounds just right. Be sure to check us out on YouTube and subscribe!

You can also find us on Jango Radio here

Looking to the Future

We are so excited about each new song, each new album and continually work to improve our song writing, playing and recording. We are currently working on our 4th album and hope to be able to complete it soon. You can find our previous albums available for download or purchase here: https://pooleckmusic.com/music-purchase-cd-3

Check out Our other albums!

Sign up to hear about upcoming shows, albums, and events.